At MT. OLIVET CEMETERY, we offer unique service options that will allow you to honor the memory of your loved ones in a healing and meaningful manner. We have years of caring for families, from all faiths and walks of life. We are here to provide caring support as we deliver memorial services that help honor and celebrate life - helping families find the peace they deserve.

Over the years, families come to us because of our integrity, compassion, and commitment to excellence in service. We invite you to learn more about us and get to know more about the dedicated, caring people behind our work.

The Mt. Olivet Cemetery was established by early settlers in the 1870s with the first monument installed in 1875. The original five acre tract contains many graves of early Renton settlers as well as Native American Indians of local tribes and their families.

The cemetery currently consists of twenty-seven acres and has turned the original wilderness cemetery into its present park-like setting.

In the south-east corner of the cemetery are the marked graves of a number of Duwamish Indians. The markers on the graves were placed there by the white friends of various Indians and their families. One of the markers reads "William, Chief of the Duwamish Tribe 1896." Another is for "Dr. J. James, Died 1885. Was a Nephew to Great Chief Seattle, and whilst living was friendly to the Whites."

In the early 1970s, Frank Conklin and John Dobson placed a marker in this area for the Moses Family. It is in honor of Jimmy and Jennie Moses, their sons Francis, Joe, and Henry as well as Henry's wife Christina. Henry was considered the last Chief of the Duwamish tribe. Conklin and Dobson were boyhood friends of Henry. All three were involved in high school sports. Renton High School teams carry the nickname "Indians" in honor of Henry Moses and his athletic skills.

The oldest gravestone belongs to a 14-year old boy, Franklin Parker who died on July 22, 1875. Dates of death and inscriptions mark the epidemics of childhood diseases, deaths in mining accidents, and the Welsh, Scandinavian, Eastern European, and other ethnic origins of miners and farmers immigrating to the area.

Prior to the 1930s, Catholic and Protestant burials were separated with the Catholics buried to the South and Protestants to the North. However, this is no longer easily discernible. The cemetery is now the final resting place for many ethnic groups including Chinese, Vietnamese, Italian, Russians, and Hispanics.

Over the past several years the King County Medical Examiner's Office has arranged with the cemetery to bury the unclaimed dead, remembering hundreds of people. The Mt. Olivet cemetery is still active and accepting burials. It is an intact and excellent example of a local, community-based cemetery that has expanded to serve the world while retaining its historic core and character. 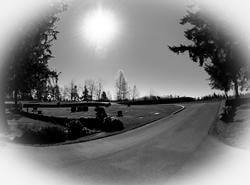 What Our Families Are Saying...

I just want to give you all our heartfelt thanks in this matter. Benjamin was loved so much and deeply cared for. I am grateful to your home for keeping his life dignified, and your professional manner in handling our case.

And once more I really want to apologize for the early morning call on Monday.  You handled it well. And once again, thank you for your help in bringing my son home.  Much gratitude.

Planning
Pre-Arrangements Form
The Talk of a Lifetime

A year of daily grief support

Our support in your time of need does not end after the funeral services.  Enter your email below to receive a grief support message from us each day for a year.  You can unsubscribe at any time.